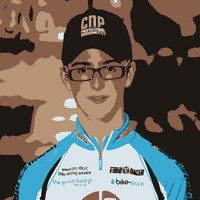 A 16-year-old Staffordshire cyclist, selected for the UK’s Olympic Development Talent Team, has conquered Scotland by winning the Tour of Scotland race.

Joe Evans who rides for Team Velocity 3-IN-ONE-CNP scooped first place at the Youth Tour of Scotland, the first full road stage race, which featured 100 strong riders from across the UK.

Joe said: “It was a tough race but I kept my head in the game and the hard work and determination paid off.”

In addition to Team Velocity-3-IN-ONE-CNP’s races, Joe regularly attends training sessions for the Olympic Development Talent Team, a selection of only 15 riders from across the UK who have been identified as having great potential to represent the UK at future Olympics and other major events.

“This is a major step towards my dream of riding for my country in the Olympics and at World Championships,” said Joe.

3-IN-ONE’s assistant brand manager, Kieron Roberts, said: “We’re thrilled for Joe who continues to show great potential at such a young age, I’m sure we’ll be hearing more about him in the future.”